From the Gotthard tunnel 1882
to the Ceneri base tunnel 2020

After several editions dedicated to different themes such as Ticinese Tourist Posters (2008), Swiss cableways (2010), Switzerland, the Land of Water (2012), Edelweiss (2015) and the significant story of the San Salvatore Funicular (2017), this sixth edition of the poster exhibition on top of Mount San Salvatore is centred on two of the most important works of the nineteenth and twenty-first centuries that ensure communication between northern and southern Europe: the Gotthard and Ceneri tunnels. 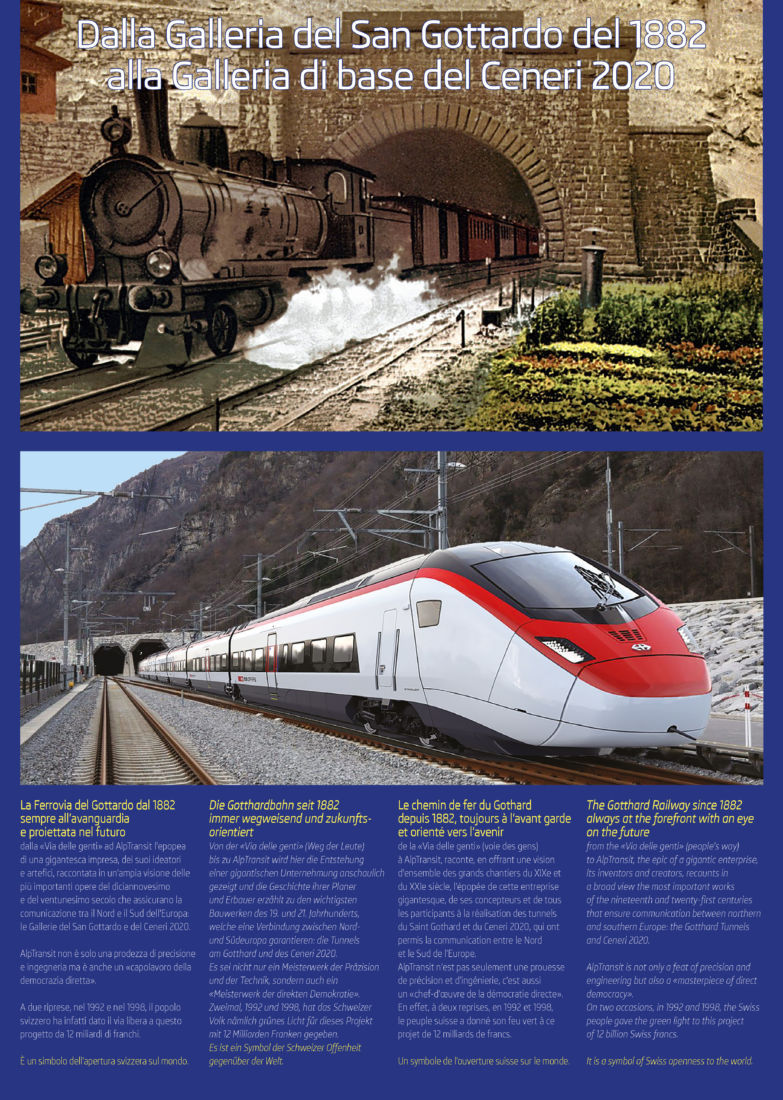 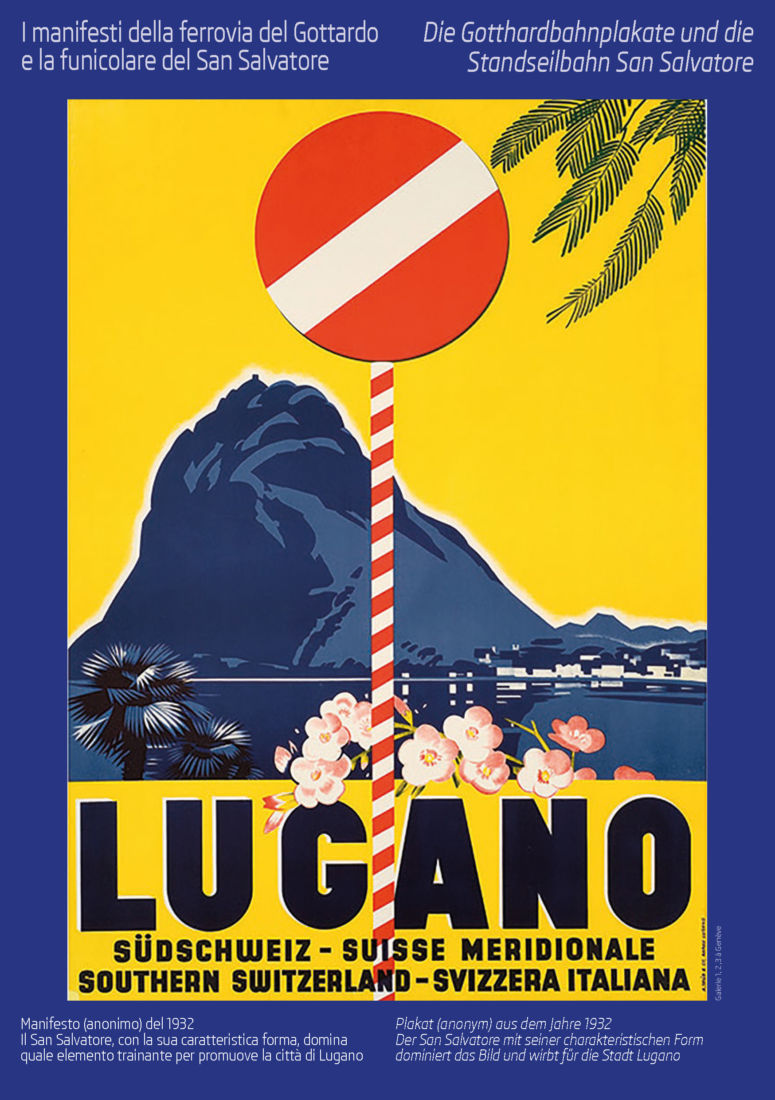 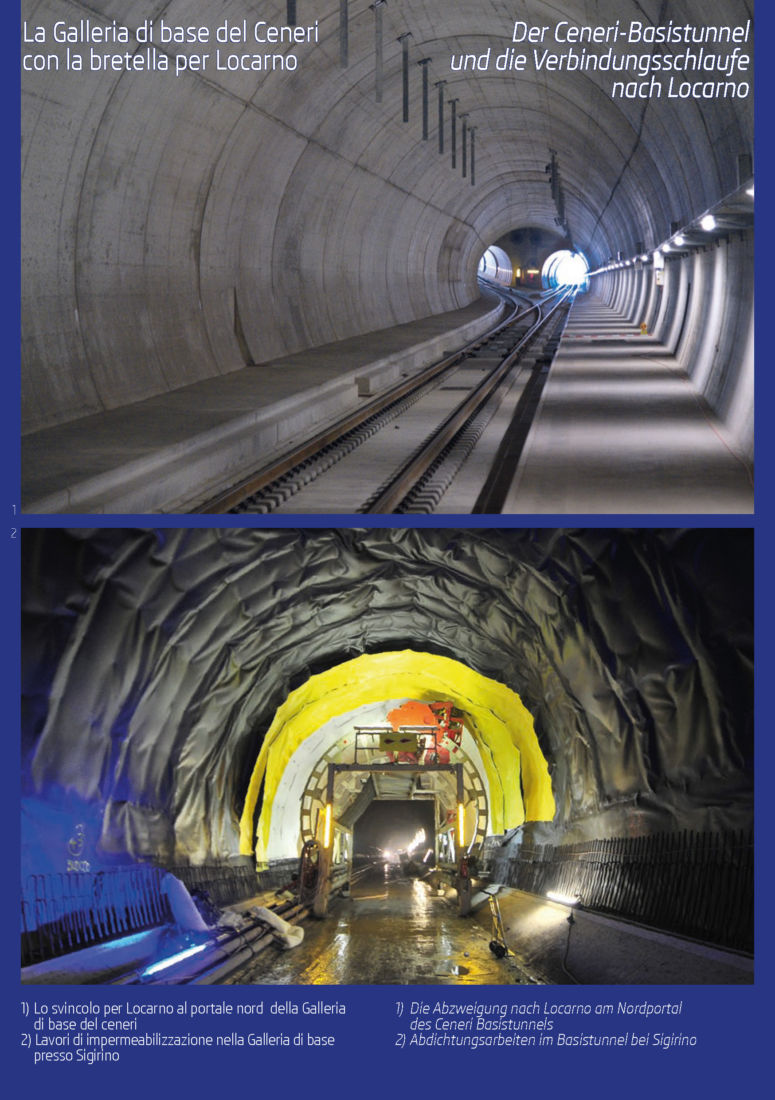 Since 2008, the Funicular San Salvatore Company has offered a permanent exhibition on its summit. The exhibit unwinds along the path that easily leads the visitor to the mountain top from the funicular’s arrival station.
The impact of the images of the posters, which have been placed out in the open to one side of the path, becomes part of the natural environment and the magnificent panorama which can be enjoyed from the top of the mountain, a wonderful terrace sweeping across the Lugano area.

This easy-to-follow, highly accessible exhibition, boasting a wealth of posters and illustrations including previously unpublished documents, provides a comprehensive overview of two of the most important infrastructure projects of the 19th and the 21st centuries, connecting the north and south of Europe: the Gotthard and Ceneri tunnels. From the «Via delle genti» (people’s way) to AlpTransit, the exhibition covers the age of huge projects, with a focus on those men who first conceived it and those who built it.

Partner of the exhibition

An adventure for the whole family.